SPECKY HECTOR RETURNS TO BATTLE IT OUT!

Lew Stringer has just announced a very surprising return for one of his characters, decades after their last appearance in Buster comic in the 90s. However, few people seem to remember (or be aware) that this character actually made his first appearance in the pages of our favourite piggy publication. Who am I talking about? None other than Specky Hector, Comics Collector, and he's due to make his comeback in the pages of a new Battle special! What?! 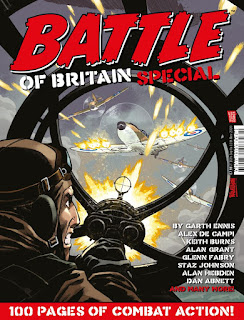 Yes, that might seem like a strange place for him to pop up, but all our favourite action comics had a small humour strip in them and the last time I looked at 2000AD, also from publisher Rebellion, still had one on its editorial page so it's not really that much of a surprise if you think about it.
Hector is also the perfect choice for the resurrection of on iconic comic, a passionate collector of all things strip-based, in Oink! he gave readers funny tips on building and looking after their own collections and got the upper hand over teasing bullies in surprisingly original ways. He only appeared occasionally in both titles but his contributions to both are just the kind of classic humour to perfectly suit a brand new Battle. 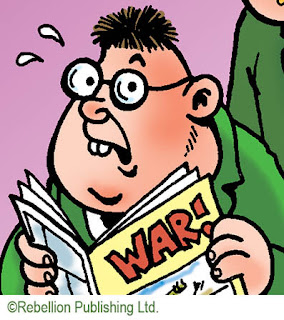 As for this new special itself it's a whopping 100 pages in length and includes some top talent such as Dan Abnett and Staz Johnson who were both contributors to comics featured on this site such as Transformers and The Real Ghostbusters, alongside the likes of Alan Grant, Garth Ennis, Ken-W, Glenn Fabry, Eoin Marron and many more! Stories include 'Nam Story, Rat Pack, War Child and Gustav of the Bearmacht.
If you're interested (and really you should be) you can preorder the special for £7.99 on Rebellion's 2000AD online shop right now for its Wednesday 16th September release date.